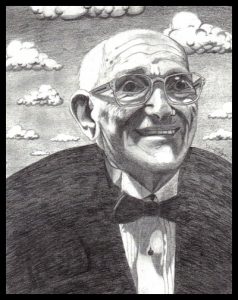 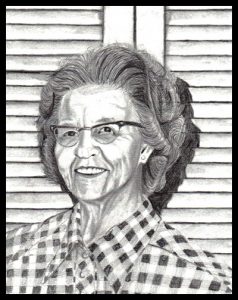 Around 1945 my grandfather, Edward Blouin, or for those who knew and loved him, “Bumpa”, purchased some land for ‘pennies on the dollar’ on a small lake in New England called Leadmine Pond.  This would become the site for his summer cabin, along with his wife Cora (“Meme”) and my mother, Sylvia.  Eventually they lived there year around.  Bumpa, a World War I veteran, was a self-taught engineer who built machines which then built weapons used in World War II.  Armed with nothing but an 8th grade education he built a cabin, large enough to sleep all 9 of us, on Leadmine Pond.  Having spent his savings on the land, he built the cabin from recycled boards he pulled from an abandoned old one-room school house.  He even straightened out the nails. His ability to build something substantive from nothing has been a powerful source of inspiration for most of my adult life.

Bumpa passed away in 1994.  Two years later Leadmine Pond Productions, Inc. was founded.  The current owners of this cabin originally intended to have it torn down but the wrecking company told them the cabin was sturdier than anything they could replace it with and encouraged them to keep it.  So they did.  Bumpa and Meme’s cabin stands there to this day providing priceless memories for them, just as it did for us.

I do get back there from time to time.  The ghosts of summers past visit and once again it becomes a place of magic.  And once again I am inspired and ready to get back to work.