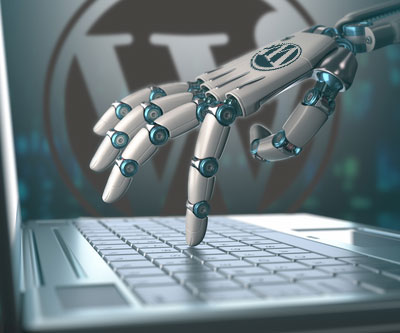 I was involved in a discussion about artificial intelligence and automation at a Christmas party. The talk inevitably led to the discussion of jobs being taken over by robots. And as we discussed the various occupations which we felt might be safe versus those we thought were endangered, or soon would be, a chill ran up my arm as I realized I already work for a robot.  The conversation continued as a dull murmur in the background while I pondered the meaning of this revelation.

Over the past year I have noticed a flurry of articles pertaining to artificial intelligence, automation, robotics and their threat to mankind; specifically posing the question, “Will A.I. replace human beings in the job force?” There are plenty of articles and opinions out there that declare we are doomed.  There are the more mild points of view, such as Shelly Palmer’s post from February of last year, pointing out The Five Jobs Robots Will Take first. And there are more dire opinions, warning that self-replicating robots will eventually replace humans altogether, as in Emily Price’s post from November 3, 2017, Stephen Hawking Sounds the Alarm on Artificial Intelligence

I am a web developer.  I like tech.  I find myself rolling my eyes at these pessimistic, the-sky-is-falling points of view.  Luckily, there are plenty of bottles containing positive messages washing up on digital shores.  Kevin McCullagh’s article, Don’t fear the robots and Walter Williams’ article Will Automation Kill Our Jobs?  Both point out how history again and again has revealed that not only are jobs not lost when new tech arrives, but that more jobs are created as standards of living are improved.  This type of message inspires me.

Big Mac, fries and a can of oil please

I remember working in Old Sturbridge Massachusetts years (decades) ago in a restaurant called the Nooning, alongside my sister Shiela and an army buddy, Brian Shimon.  We served 900 lunches every day throughout the summer.  We flipped 900 burgers every day.  I can only wonder what I would have been doing the summer of 1988 if a robot had been able to flip those burgers for us. And I imagine this robot could have managed the flipping without all the whining, moaning and groaning that we somehow had the time to melodramatically gesticulate, despite having to flip 900 burgers every - single - day. Fast-forward 30 years and I am standing at my desk, typing this article using Google’s voice-typing tool while watching a robotic vacuum cleaner navigate the living room, sucking up Buttercup’s dog hair.  “Good girl!, you too Buttercup!”  Honestly, had there been a robot in 1988 flipping my burgers I might be a better programmer and certainly a better blogger today; who knows.  The point is, there are countless burger-flipping (why does that sound like a cuss word?) jobs done by folks who I am certain would love a robot to relieve them from their misery.

In Ed Rensi’s post, “McDonald's Unveils Job-Replacing Self-Service Kiosks Nationwide” we read that McDonald's is combating the trend towards $15 an hour minimum wage requirements with automation.  This article includes a link to a video that shows a path to fewer jobs if the minimum wage is raised to $15 an hour thus forcing McDonald's to hire robots to replace workers.   I would argue that none of that makes any sense. The only reason McDonald's would hire a robot is because the robot can do the job better and cheaper; not just cheaper.  Matt McFarland in his post, Robots: Is your job at risk? reports:

“It's cheaper to buy a $35,000 robotic arm than it is to hire an employee who's inefficient making $15 an hour bagging French fries," former McDonald's chief executive Edward Rensi said in an appearance on Fox Business Network in May 2016.  He also previously described how the number of people working in a McDonald's has been cut in half -- due to automation -- since he started working at the company in the 1960s.

Now, add up the number of McD’s there were in the 60s and compare that to the number of McD’s there are today.  Now ponder the number of drivers, managers, floor moppers, seat makers, counter makers, bricklayers, cash register developers, computer programmers etc… were employed over the years due to improvements in the McD’s business model, including those improvements from automation.  Though McD's hires fewer per store than it did in the 60s, it is clear that doing so has allowed them to hire far more carbon-based employees over all.

It takes little imagination to wonder what our world would be like if we argued that the cotton gin should take a back seat to wage hikes for cotton-picking sharecroppers.  The cotton gin relieved those remarkable citizens of that misery.  Using very little of our powerful imaginations, we can easily unravel the pedigrees of countless hi-tech developers, famous artists, therapists, scientists, ministers of faith and physicians whose paths to success were sealed by the invention of the cotton gin.

Great.  All well and good.  But what about my job?  I’m still holding my cup of mulled cider under some mistletoe, wearing a reindeer sweater with a blinking nose, wondering about this robot I work for.

Surely that job is too complex for a robot.

I'm a web developer.  I do programming, graphics and some other stuff then upload it to the internet for access via HTTPS.  I do this work in various environments but, of late, predominantly in WordPress.  All internet-related functionality used to be something the web developer had to create from scratch, starting with a blank page. Now most tried-and-true functionality is available essentially as Lego blocks that you can click together and away you go.  Need a shopping cart?  Click!  Need a live chat widget in your site?  Click!

Wait!  Each one of those clicks is Uber-hailing a robot into my life! 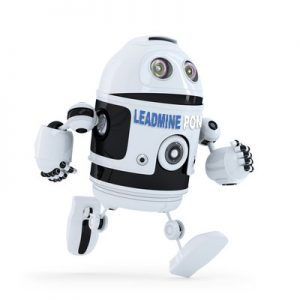 Considering this evolution of technology, at what point does WordPress no longer need me?  When making a website used to take a bajillion clicks and now it takes about a thousand, if I follow that trend, when do I reach zero clicks?   I cannot answer this question.  But what I can do is list a dozen or more monotonous things I wish WordPress could do.  I often find myself trapped into performing repetitive actions that can go on for hours.  But I can also list dozens of actions that WordPress the Robot already saves me from doing.  For example, I have a site with many large images.  I uploaded them only to discover afterwards that they were far too large to be downloaded on mobile devices.  With a couple of clicks I installed a ‘robot’ that went through the site and resized every photo.  I watched for about 2 minutes smiling, then yawning (the process took about 2 hours).  I quickly got bored and visited Udemy.com where I continued a course on Web Site Speed Optimization.  Then I called a couple of clients and updated them on the progress of their projects.  I still had time before the robot finished to jot a few notes down for some new homepage design ideas.  There may come a day when WordPress replaces me outright, but in the meantime WordPress is making me a better developer and a better small business owner. 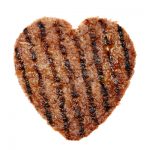 Now, back to our burger-flipping robots; are we to conclude that all those folks displaced by automation will simply sit around on cardboard boxes twiddling their opposable thumbs?  It is my humble opinion that human beings despise boredom and will do literally anything to avoid it; including inventing things no one has thought of before.  Look at all the junk we've invented in the last 200 years alone!  I have a buddy with a toilet that washes his bum with warm water when he’s finished.  He loves it and wouldn't live without it!   I have a voice-activated thing in my kitchen that orders nose spray and tea every month for me, and all I have to do is ask.  Are we destined to be outdone by the very robots we, ourselves invented? I pity any robot that has to compete with the creative imagination of a human being.  I don't see a scenario where, on the whole, more robots results in fewer human opportunities.  But while we wait and see, that burger is ready for flipping.